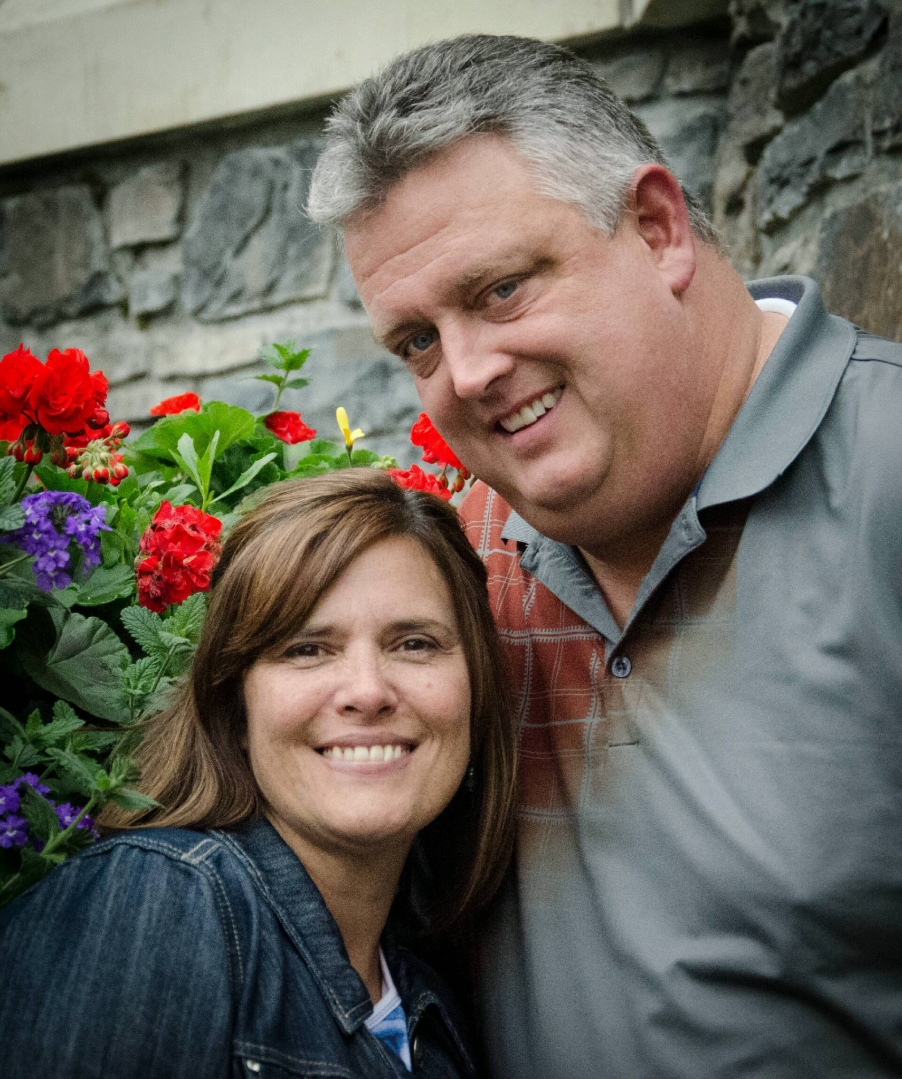 Pastor Harwood was born in Springfield, Missouri, in 1965. His father, a former US Marine, was saved and went into the ministry, moving to Michigan, where he became a pastor in a local Baptist church in the Detroit area. His eldest boy, Jon, was one of ten children, and grew up in the church. As a child, he had heard the message of salvation many times but did not know the Lord. At seven years age, an evangelist came to preach at his father’s church and young Jon heard the message that spoke to his heart. The preacher preached on Hell and judgment without sparing any words, and young Jon, under the deep conviction of sin, came in repentance and tears to the altar and called on Jesus Christ to save his soul. That day, November 7, 1972, Jon Harwood was saved and his life changed forever.

In 1980, at the age of fifteen, he was called to the ministry and a few years later went to study at a Bible college in Indiana. After one year there, he became disillusioned with the Baptist College and its focus on numbers, easy-believe evangelism and general lax morality, and he left it. He continued working in his father’s church, and in 1989 came into contact with a number of preachers who were very different than any he had met earlier in his life. These men had the power of God on their lives, had a holy walk with God, and had a love for souls which he had never seen in that fashion before. They were missionary-minded, Holy Spirit filled preachers who preached against sin and demanded a response from their hearers. They believed in good old-fashioned preaching of repentance toward God and faith in (the blood of) the Lord Jesus Christ for salvation. They did not try to impress men or push people to make professions of faith for number’s sake. They let the Holy Spirit do His work and convict men of their sin, and draw them to the Savior so they could call on Him from the heart for salvation without being pressed to recite a memorized sinner’s prayer. These men became his mentors and heroes, and he followed their example from that time forward in his ministry. Notable among these men were Homer Smith, Jack Wood, Mike Keenan, Charlie Andrews, and Dr. Peter S. Ruckman.

In 1985, Brother Harwood married Michelle Byce and they went on to have four children; their names being Amber, Jon, Matthew and Zachary. Their children are all serving the Lord today. Three of them are in Solid Rock Baptist Church of Calgary. Mrs. Harwood is gifted in music and leads the Youth Choir in the church. She is an example for the ladies in the church.

As Brother Harwood grew older, he trained in his father’s local church in preparation for the ministry. After meeting the preachers mentioned above, he sought such a church where he could serve the Lord and prepare for full-time service as a missionary. In 2000, at a service in Chattanooga, Tennessee, he surrendered to the call of God to be a missionary to Canada. Afterward, he went with his wife and their four children to train under Pastor Mike Keenan, in Old Paths Baptist Church, Parkesburg, Pennsylvania. Pastor Keenan helped him greatly and still, to this day, comes to Calgary to preach the Missionary and Family revival meetings at Solid Rock Baptist Church. From Old Paths Brother Harwood went on deputation for 3 years, travelling to about 300 churches in the U.S. to raise support for his missionary work. In 2001, he traveled to Alberta and visited several churches there, as he knew that was where the Lord was leading him to start a church.

In 2005, he left Old Paths Baptist and headed with his family to Alberta, travelling in an old bus filled with gospel literature. His wife drove along in a Mercury Marquis. Initially intending to go to Edmonton, he changed his mind, determining that Calgary was the place where the Lord was leading him. They arrived in Calgary on June 5, 2005. Upon arriving there, he was completely alone without a job, a church or anyone to help him except for the supporting churches in the U.S. But the Lord was alongside to help him. He started Solid Rock Baptist Church of Calgary, with his family attending, in the basement of their first home in Bridlewood where they started their first church services in the basement. Soon after, their family moved to another house in Somerset, where the basement was renovated and church services continued. In November, 2007, Pastor Harwood and the growing congregation rented a Gospel Hall in Acadia, SE, and there the church continued growing while they renovated the facility. In November, 2013, Solid Rock rented a building in Forest Lawn, SE, due to the Acadia rental location being sold to another group. In Forest Lawn, Solid Rock has again renovated the building and continued to grow so that the current location in the Metis Center is filling up. The congregation is praying for the Lord’s leading to find either a larger building in the Forest Lawn area or land in South Calgary where they can build a church facility. Pastor Harwood has started a building fund for this purpose.

Our Pastor has a great love for young people and has focused his heart and ministry to building their lives. Solid Rock is unusual in that it has a large number of young people, newly married and to-be-married (courting) couples, and young single adults. There are many babies and young children in the church. Weddings, babies and showers are common happenings in Solid Rock as an evidence of the Pastor’s preaching and commitment to the young. He is also a helper of all ages depending upon the needs of the people. Each month he encourages all ages of men to preach in the ‘five-minute messages’ in the evening meeting on the first Sunday of each month.

Pastor Harwood has followed the Lord by faith to see the great progress in Solid Rock’s ministry both here in Calgary and abroad where many missionaries are being supported in a number of countries. He is a strong preacher and his messages are convicting, demanding a response from the sinner for salvation and the Christians to forsake sin and lead holy lives. A number of great preachers come to five annual revival meetings at the church in Calgary. They are posted on the church website. The church is making progress in spreading the gospel message in this city and many souls have been saved. Much more effort is needed though.

Pastor Harwood has a vision and deep love for the Philippines and Filipino people here in Canada. Solid Rock Baptist started a Pastor’s School in Tagaytay, Philippines, in 2012 and since that time the meetings have expanded to several locations in the country. Working through Filipino pastors, Solid Rock has commenced a project to build three Youth Camps in the Philippines; one in the northern island of Luzon, another in the central Philippines island of Panay and another in Davao City on the southern island of Mindanao. Land has been purchased for the first camp in Antique, and building the facilities will follow. He is also beginning Youth Camps in the Philippines, with the first one taking place in conjunction with Pastor Orlando Fajardo of Davao Baptist Temple, Davao City, in May 2015. More are planned for the future.

Pastor Harwood has followed the Lord by faith to build Solid Rock Baptist Church and expand its gospel ministry into other lands. The church’s congregation has followed his faith to see that the church continues to grow and achieve great works for God in the coming years. It is all a work of God.